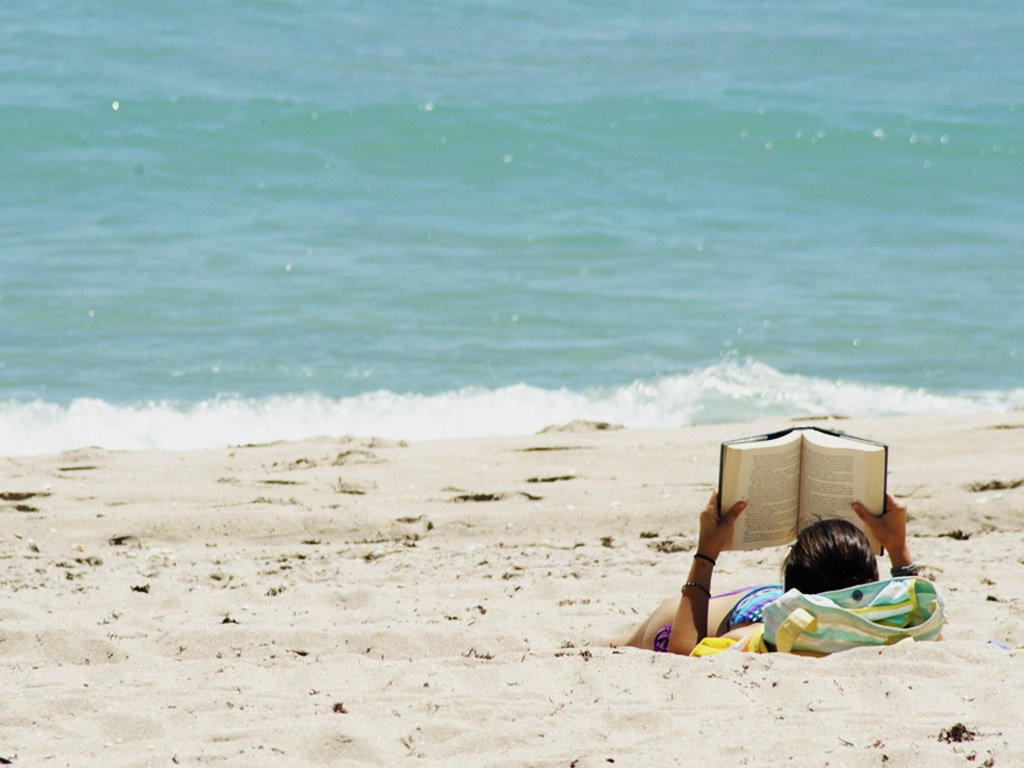 Eight things that you should read during the holidays:

1. Everything is F@#ked by Mark Manson …. This is the follow up to his much easier to read, The Subtle Art of Not Giving a F@#K. It’s a bit of a gruesome read from time to time and there’ll be times when you might wonder where is he going with this. The good news is that Everything is NOT F@#ked as the title suggests. It’s a ploy! But it is a bit in the way you hold your tongue when you’re looking at it. Insightful quotes include: “We see that our beautiful visions for a perfect future are not so perfect, that our dreams and aspirations are themselves riddled with unexpected flaws and unforeseen sacrifices. Because the only thing that can ever truly destroy a dream is to have it come true”. On the face of it; ouch! But when you look at it from a Principal or Leadership role then it really does make a lot of sense. We have imperfect schools full of imperfect people and we should celebrate that. Yes, aspire to whatever you want, do everything you can to get there, but do so in the knowledge that you are doing this with a lot of humans – and that it may not quite look as you planned once you’ve finished. And that is fine.

2. The Five Dysfunctions of a Team by Patrick Lencioni …. This is advertised as a “leadership fable” but in reality it is this and much, much more. It’s really useful, and at the back it outlines some seriously good advice about how to work with your team to break down the dysfunctions. So what are those dysfunctions?

Take your teams through these when you get a chance. The Fear of Conflict can be a real road block in work places – not just schools. I know I fear it. But if you have an environment of trust, and a really good understanding of what that thing called “trust” is (and a commitment to it from everyone), then conflict can happen without the sting. This book feels very American, but it’s more than worth it.

3. Green Eggs and Ham  by Dr Seuss. If you haven’t read this for a long time, then take time to read it again sometime this summer. Take turns in putting yourself into each of the characters’ shoes. There are people in your schools who don’t like change and will fight and scrap along the way. And you, yourself, will also be in places where you don’t want to be on the change spectrum. Me? I hate the taste of kumara, but I have been known to like it when it’s been dressed up in something – just don’t tell my wife!

4. CrossRoads by Mark Radcliffe – Ok so this isn’t technically about wellbeing, being a principal/leader or anything to do with Education. Instead it’s a musical journey. It is a collection of essays in the search of moments that changed music. If you love the history of popular music from the 1950s onwards then there will something here for you. The leadership lesson from this book however is a gentle reminder that we all need to find something that is our personal passion. And we need to make time for it. So this holiday, replace this book with a title about a passion of yours, and sit back and enjoy the sense of energy that it gives you.

5. Flow by Mihaly Csikszentmihalyi – yes you read that surname correctly but did you pronounce it right? Me-high-cheek-sent-me-high is how you say it. This was first published in 1990 and the words on each page look like they’re printed in size 7 font, but wow, what a great book. It’ll take some brainpower to get through it though, but each page is guaranteed to have at least one sentence that’ll make you go “wow”. As the title suggests, it’s all about “Flow”. That’s that elusive place where we find ourselves sometimes where everything comes together as it should and you achieve things at a startling rate, just as you imagined them! There have been little times of “flow” during 2021. Some of those times have been so fleeting that you could have easily been mistaken for them not happening at all. But look harder. You have done an incredible job this year, in an incredibly challenging space. Your places of real “flow” might feel intermittent – but on reflection you might be surprised.

Also there is a great piece in this book that describes the amount of thought processing power you have. Now remember, this book was written in 1990, so brain science has come a long way, and the measurement of the amounts of “data” that any one person can deal with at any one time is up for grabs. But, whatever that number is, it is finite. It’s not an infinite number, and so don’t ever beat yourself because you haven’t been able to process everything at any one time. You can’t. It’s impossible.

6. 4 Things Every Leader Should Know About Making Decisions (But Most Don’t) … a blog ….

If you don’t read anything on this list then at least make sure you read this. It’s quick and it’s easy. I wish I’d read this way back in the 1990’s when I first became a principal. It would’ve saved me a lot of anguish when making decisions. The first one is a goodie indeed; “ Your Job Is To Make Tough Decisions, With Incomplete Information, In A Compressed Time Frame”. Wow! That about sums up dealing with COVID. Decisions have had to be made, usually without anywhere near the amount of information you really wanted. But you still did it. Leadership!

7. Fade Away – Harlan Coben – Alright, so stick with me on this one. This is a novel. It’s not anywhere related to education or leadership and it fits in a bit with number 4 on this list. I picked this book up in a second hand store in Queenstown. I’d watched some Harlan Coben Netflix shows and enjoyed the twist of his stories. What was great about this story is that it was written originally in 1992. And it’s set at the same time. What’s so great about that? Well, the way that it is written feels like it’s at the cutting edge of technology. The hero runs around with a 1.44mb floppy disc of data in his pocket as though it is the best thing ever invented. This cutting edge technology helps solve the crime. There are many other examples littered throughout the story. The tone of the writing emphasises it even more, because it’s not just set at the time, it’s written at the time – before the internet, before the information explosion. It is funny. Why do I recommend you read this? Well, maybe I don’t actually recommend this one, but read something that was written a long time ago. It’ll give you a sense that things change, that everything changes in some way or form. Those things that were once seen as the most important and cutting edge things to worry about will also fade. However, we are still all human and even though there is this constant change, you will still be you. No matter what.

8. It’s Finally Time to Retire ‘Good to Great’ From the Leadership Canon

This is another blog that is worth reading. To be honest I’ve never read “Good to Great” but I’ve heard the term used a plenty, and I’ve even seen it turn up in vision statements and strategic plans from time to time. This blog paints an interesting picture in which it argues that even when this book was originally written in 2001 that the “measurement of success” it used to describe what “great” was, was fraught. It turns out (according to this blog) that to be successful you almost had to be one of 11 businesses in the Fortune 500. Mmmmm, I don’t think so! Success is a fickle thing. How we measure it, even more so. How others then get to see the success in our schools is another thing on top of that. We communicate our successes to the wider sector in an almost Facebook Highlights package sort of way. Our neighbouring schools and the sector as a whole get to see the amazing innovation, creativity, passion et al occurring in our schools. In turn that conjures up an image of success that also becomes a reputation. I wonder therefore that given that all schools have their skeletons, that the journey from “Good to Great” should always be viewed in the context of their own journey.

Of course, this list is pretty irrelevant. There are many, many good pieces of writing out there that can inspire you. These all helped for me, but you’ll have your own.

The important thing is to find something to read during your break. It doesn’t have to be education orientated. Take a break, breathe, read.