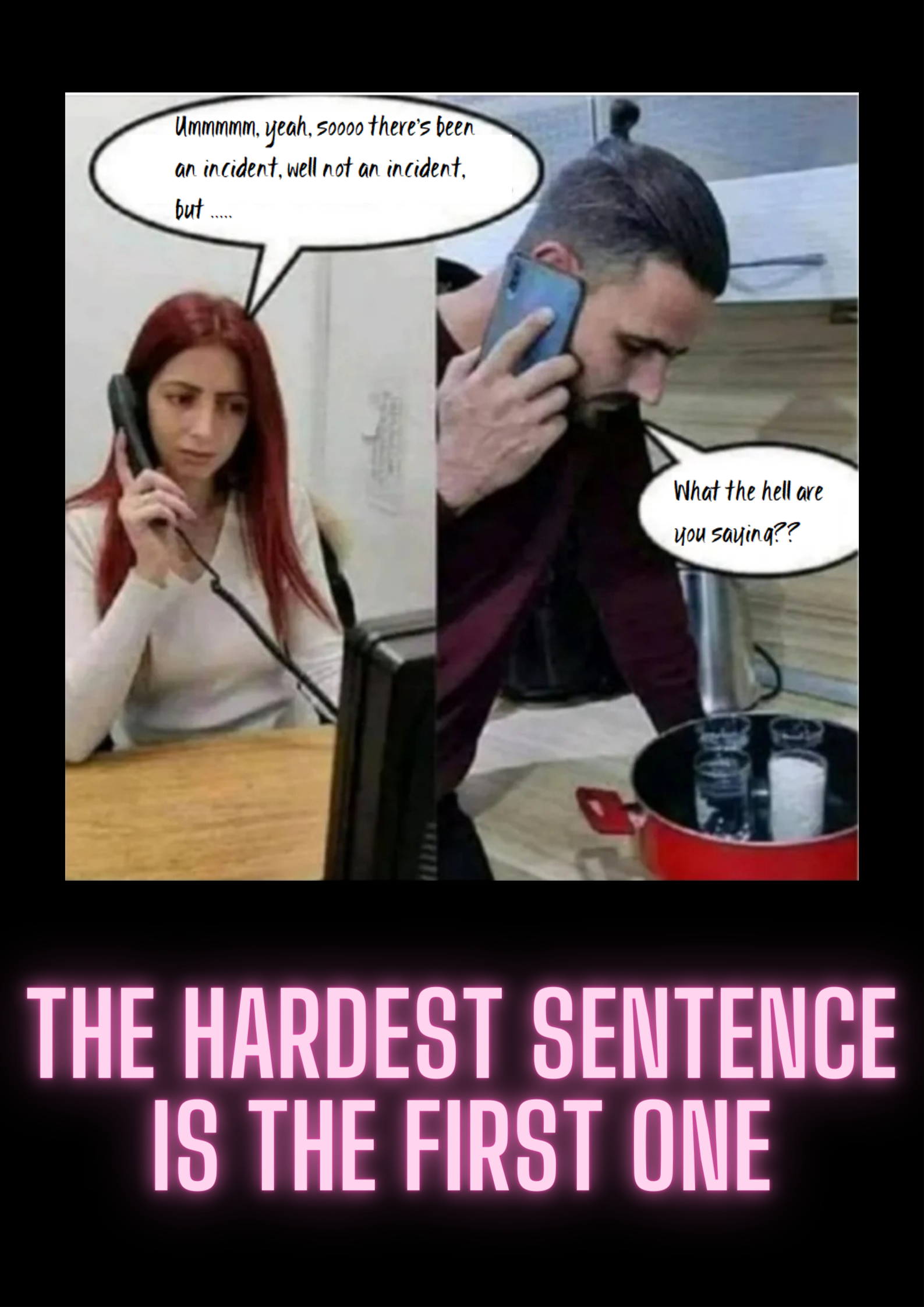 The other day I found myself daydreaming. Or maybe it was procrastinating. Sometimes it’s a bit hard to tell. I was about to pick up the phone and have a difficult conversation with a parent. They’d already rung and told me they weren’t happy with something, and I’d told them “calmly” that I’d be back to them as soon as I had a better understanding of the situation. What I had been told by the parent, adamantly correct, was a little bit different to what actually had occurred. You’ll know these conversations. They’re a dime a dozen!

Here I was though, daydreaming. Phone in hand, yet to dial.

A couple of weeks ago I had found myself a million miles away from principalship. I was so removed from my “day in and day out” during that time that there were frequent times during that day that I had to pinch myself just to make sure I was alive. It was great!

I was in a recording studio, in Dunedin, recording some of the songs of a band that I’m in. The last time I did this was 30 years ago. It was epic

Although I was enjoying myself almost beyond comprehension, I was struggling with some notes and technique. I’m no Adele, and last time I played like Jimi Hendrix was in a dream, so there was a level of frustration building.

To make things even cooler though, Luis, our sound engineer, was from Venezuela. All I could hear in my cans (headphones!) was his Latin, Spanish tones of encouragement. His accent made it feel as though we could’ve been anywhere in the world! He joked with us that he was from Gore.

“Steve, the first sentence is always the hardest”, he said in a Julio Iglesias like drawl. “But keep at it, you’ll get it”

He was referring to the song that we were singing. One of those sorts of songs, where I lead off, and I hope like hell that the first note that pops up out of my mouth is somewhere close to the note that it’s meant to be.

It struck me how often we find ourselves in this exact position on any given day of principalship.

Think about it, we’re forever looking to hit the right note in all that we do in our professional roles. And that first sentence is crucial. It’s what sets the scene, draws people in, builds the intent, and lays the groundwork for the rest of your message.

When you write the first sentence in your weekly newsletter, you know that it has the power to either switch people on or off. Some may never get past your first sentence if you get it wrong.

When you’re having that awkward, tricky conversation with one of your teachers (you know, the type, when the door has to be closed) your first sentence is the “set up”. It lets the teacher know in tone and depth where this conversation is heading. Again, get it wrong and you cross that thin line between colleague and arsehole.

And when we make that phone call home to tell a parent that Brian has just purposefully thrown a stone from the playground through a glass window because he didn’t like Mr Jones telling him to walk in line with the rest of the class down to the library. That first sentence is a minefield. You can’t see the parent on the other end of the line, you have no idea what is going through their head or what’s going on in that particular time when they pick up the phone … dot dot dot.

All of these situations begin with a starting sentence.

That sounds pretty grim on the face of it. That’s a lot of pressure to take on.

But yet we do it day in and day out, every day.

Often the first sentence is a bit of bluster, and for me is often almost a blubber. The words fall out of your mouth as if it’s a third language that you’ve just picked up. That’s how it is with me on the phone, or in a tricky “door closed” conversation.

On paper I have more time to formulate it, but I want to hold the reader for as long as I can. Maybe every sentence should just begin with, “Giving millions away, but you have to get to the bottom of the page before I tell you how!”

I’ve tried preparing for difficult conversations, whether they’re spoken or written, by writing down and drafting up what I want to say. It certainly helps to a point, but you still can’t control each individual’s interpretation of what you want to say. Spoken is fraught with the tone of your voice, the use of your individual humour (is it sarcasm or is it really the funniest thing ever uttered? Or is it a subtle dig?), and anything that can possibly be mis-heard is mis-heard.

Writing isn’t much better. Readers flash their eyes over the written word, interpreting how they want. They add bits into the sentences that haven’t been written. They look for what you haven’t said as much as what you have.

The conversations that we have with our most trusted are the easiest. The first line doesn’t carry so much baggage. This is because they know, and you know, that whatever your message is, it’ll be coming from a place of good intention. This in itself is a powerful way of describing trust at its very core.

The second part of what Luis, the sound engineer, had to say is also crucial; “Keep at it, you’ll get it”.

And you will. You’ll get it, even if it’s not quite what you hoped it to be. And there’s an even chance that it might be even better.

The key part to what Luis was saying is the “keep at it” part. If you don’t keep at it, then you will never get it.

So where is this all leading?

Well in my day dreaming I also marvelled at my Office Managers who both are experts on the phone. They never seem flustered. Their tone is impeccable; friendly, welcoming, but also no BS. They listen, they deliver and then they move on. Neither have had any training, yet they command confidence and respect. I wondered why I just didn’t get either of them to make my phone call?

Recently I read a story on LinkedIN by Jason Gunn, What Now Guru, Entertainer, Entrepreneur. Jason Gunn was talking about congratulating his son for playing his first game of first grade rugby. Jason was describing how the tradition in the club is that the families say something nice to their kids in the dressing room just before they run onto the field. And Jason, being Jason Gunn, thought he’d have something great to say, but couldn’t find the right “DAD” words. Dad words are great in times like this. Instead he resorted to what he tells his business clients. And he made something up on the spot using these four keys that he tells his clients.

Speak (play) from the heart.

When I listen to my Office Managers on the phone this is exactly what they do, although I’m taking it that they haven’t been to a Jason Gunn session anytime recently.

They don’t fret about the first sentence, but they do speak from the heart. When they need to be sympathetic or empathetic then they do so with aplomb. Their first sentence is still important, but because they are speaking from the heart they also come across as being authentic. They don’t muck around but speak calmly, slowing things down. And they show that they are present by actively listening to the person on the other end. They have some sort of clever in-built BS detector that helps them see through the fog, but they genuinely care about what the other person has to say. This adds to their authenticity and ability to build trust, based on the intention that they are coming from a good place.

It all goes to show that we don’t have to spend thousands on hearing from the corporate high flyers (although the free drinks are nice!), when we can just take a little time to listen to the high flyers around us, like Luis the sound engineer and my two awesome Office Managers.