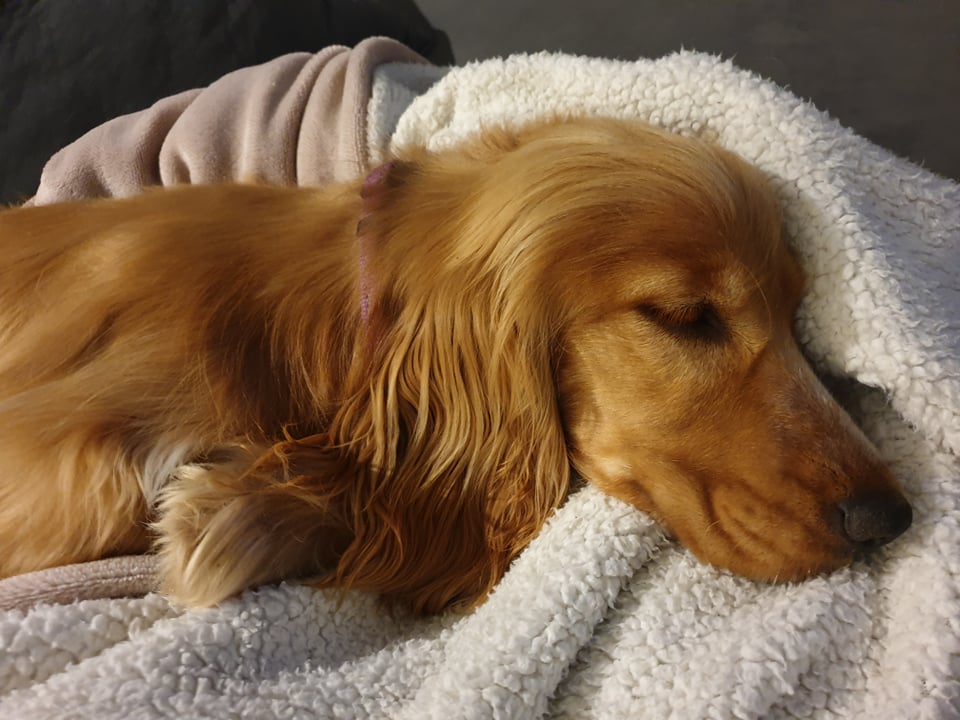 This term I’ve spent a lot of time thinking about communicating. In particular about how I communicate with my school staff of around forty adults. The most recent staff appraisal of me suggested that communication wasn’t always my strength. A little bit inside me yelled back sarcastically – “give me strength!”

I enjoy watching my puppy dog, Daisy, communicating with any other dog that she comes across on our walks. Some she immediately barks at, and some she simply saunters up for a sniff. Both are forms of communication. Daisy thinks that this is a very effective way of communicating.

At school I do a little bit more than barking or sniffing. (Although, dependent on what’s going on at the time, sometimes I might be just as well to stick with just those two options!)

I am very lucky to have a great group of people to work with – however communication isn’t always easy.

Much of the problem is the vacuum of time when there is no communication. During these vacuums people tend to make up their own stories or lines of interpretation to fill in the void.

A classic example of this was when the Ministry of Education chose to release the Staffing Entitlement notices on a Saturday. Why they chose a Saturday no-one really knows. They probably let us all know the reason at some point in time, but this was lost. Instead, it was replaced by other stories and lines of interpretation. These were along the lines of; “What is the Ministry hiding?”, “It’s going to be bad news and that’s why it’s released on a Saturday”, “Doesn’t the Ministry care about principal well-being? If they did then they wouldn’t be releasing this during the weekend”.

People filled the vacuum with all sorts of erroneous stuff. Was any of it true? Well, possibly, but none of it was done on purpose.

At a micro level, communication is also an issue. When was the last time you sent a text or a message to a friend and you waited for a reply. The longer the wait for a reply, the more your mind starts filling in the gaps. Did you send the message to the right person? Why haven’t they replied? Are they ok? Did they read your message wrongly and they think you’re damn rude?

You get the picture – communicating with humans is fraught.

In your schools it is no different. Some understand the way that you communicate, and some hope for something quite different. Some demand information at the drop of a hat, and some are more than happy to wait.

And some get confused between equality and equity of communication expecting to know everything all of the time.

As leaders this makes communication our hardest role. And our most important. It’s also one of the things that can give us incredible satisfaction, and just a little bit of heartache.

Taking on the old adage, treat the people the way you would like to be treated, and applying it to the way that you communicate with people, doesn’t always cut the mustard either. We are all different beasts and we all respond in different ways. It’s a bit like Daisy my dog – some will appreciate her bark of warning, and others will appreciate her sniff.

This is a subtle but life changing difference.

The Ministry of Education struggles with this because they have to communicate with 2,500 different schools in New Zealand and 2,500 different Principals. They haven’t got time to find out how each individual wants to be communicated with. So essentially they don’t care when the information is communicated as long as it is all distributed fairly at the same time. People can then do what they want with it. If it’s a Saturday, then as long as everyone gets it, then that’s what matters. Not their problem. Of course this has the potential to cause a certain disconnect between the Ministry and the sector.

At a school level we have the ability to make communication choices that are more in line with how people want to be communicated with. This takes some serious relationship building though, and some serious understanding of the people that you’re working with.

Some communication can remain at the sniff and bark level, but unlike the Ministry of Education, you have to work with these people (these humans) day in and day out, and sniff and bark isn’t always the brightest move.

Maybe you have someone on your Team who really needs at least three to four days’ notice of any big “idea” announcement … ideally longer. She doesn’t like any surprises, but also enjoys having some sort of control, and understanding of the issue before it’s announced. She needs time to think. If I continue with my Daisy analogy – this is a sniff for a very long time approach. This is full-on sniffing!

And maybe there’s another member on your team who enjoys running with ideas as soon as they’re told about them. She’s an ideas person, she doesn’t need any run in time to consider and process, she wants to run and create on the fly. With Daisy this is a bark and sniff approach. Bark, and then I’ll go away and do my own sniffing.

And yet another member who just wants to be told what to do. Just tell me what you want boss – and I’ll get it done. No questions, just get on with it type mentality. If this is Daisy my dog then this is a simple Bark and get on with it.

And finally possibly you have another member of the team who it doesn’t really seem to matter how you communicate with them, their interpretation will be quite different to the reality of the message – maybe it’s because they appreciate multiple communication attempts? They will reply in their own time, with their own interpretation. Using Daisy my dog this is a, sometimes a bark will do it, but often it’s a sniff, sometimes the bark will be thought of as damn rude, and sometimes the sniff is damn intrusive! Quite likely either a bark or a sniff will be wrong.

All of this is frustrating, particularly as you’ll have your own style of wanting to be communicated with. In this regards the Ministry of Education takes the easiest route – just bark.

At school level you’ve got choices depending on the size of your school.

If your school is a big school then it’s highly unlikely that you’ll ever find the sweet spot for communication with every single person in the school. It’s simply too hard.

In situations like this, as leader you need to carefully outline how you’ll communicate and you need to consistently do it that way. This message will often need to be repeated throughout the year.

Principal’s in larger schools can use the power of their Senior Leadership Teams though. These teams are likely to be smaller, and so you can take time to get to know how each member likes to be communicated with. This is a win/win for you – chances are they’ll start to communicate with you in the way that you want to be communicated with as well.

They can then use this strategy for their own teams or syndicates and they can pass back to you what they’ve found out about in regards to  communication needs. They get to do the homework for you!

In smaller schools it is slightly easier. There aren’t so many people to communicate with, or to learn communication preferences. This doesn’t make it any easier though. Any communication is fraught with misunderstandings, confusion, interpretation issues and even just plain annoying people!

I find using the Five Ways to Wellbeing strategies work just as well in terms of communication:

TAKE NOTICE: Take notice of individuals and how they communicate with others. This will often give you a lead into what their preferences are.

GIVE: Give your time, your words and presence to build an understanding of the individuals on your team.

BE ACTIVE: People change all the time … be active in getting around and noticing things. Take time to enjoy getting to know your people better.

CONNECT: This is what it’s all about. Great communication is about great connection. Great leaders should be fantastic at connecting with all sorts of diverse people around them.

KEEP LEARNING: Don’t be surprised that people like to be communicated in a variety of ways. It depends a lot on the context. But get to know your people and appreciate that your particular learning about them is always a work in progress.

Of course sometimes everyone may need a good solid barking at. Daisy seems to have this innate super human (dog) way of knowing who needs this. Everything is context based. But these barking times should never be your go to.

You might wonder how this all relates to the Forty Hour Principal. Surely a good old fashioned barking will get you home a lot sooner. Getting to know your team takes time, that is true, but it’s time well invested. You get to know them better and they get to know you better. Communication becomes much clearer and forgiving, and when it’s like that, the key to unlocking your 40 hour week just needs to be turned.