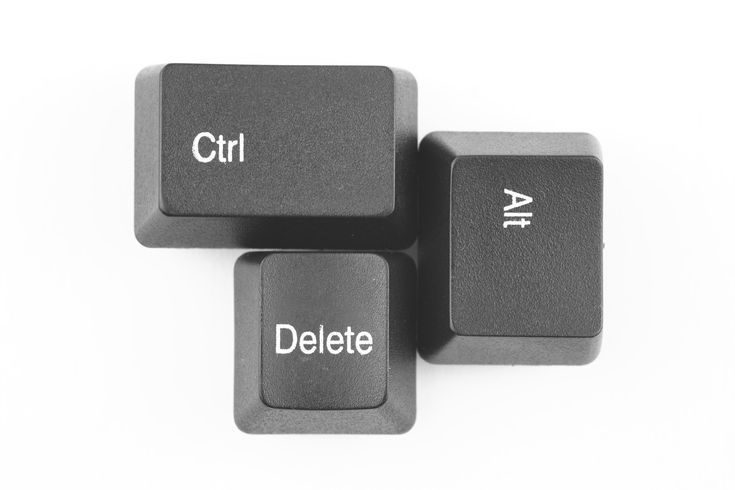 Ok, so it’s been a few weeks now. And to be honest I was hoping that maybe over time the feeling would’ve seeped away and that maybe, just maybe, I’d have pulled on my big boy’s pants and just gotten over it.

But I haven’t. Gotten over it I mean.

He’d spent the front end of his speech congratulating us all (principals) on a stellar job that we’d all done during the pandemic. I felt a sense of pride. I looked around the auditorium and thought; wow, we did it! We’re all stars.

I wish Chris had stopped there. That was the best place to stop. And we would’ve all headed away to morning tea slightly earlier and with a spring in our step.

It was about this time that I’d wished I’d looked down at my computer keyboard and saw the real significance of three special buttons; Ctrl Alt Del

Maybe, just maybe, if I’d seen those three simple buttons it would’ve put my mind into a completely different gear. Instead what Chris said next just left me in a tsunami of dread. Am I exaggerating? Ummm, no I’m sure that’s how I felt.

Chris went on to tell us about all the new stuff that was coming down the pipe. It seemed like an endless tirade of, well, stuff. And it just kept coming. This review, that review, the other review, and the review that has to happen because if it doesn’t then God only knows what will happen.

Basically all the work that had been backed up in the sink for two years was about to be let go. The plug was about to be removed and all the “goodies” were about to be swept down the pipe to us; the gatekeepers or filters for our real world – our schools.

These feelings would go away, I told myself. But they haven’t.

So what is this about; this Ctrl Alt Del thing? And how does it relate to Chris Hipkins and all the stuff heading down the pipe?

Well, on the computer keyboard Ctrl Alt and Del are the three buttons that you push, together at the same time, when you’re in the crap.

Pushing these buttons , together at the same time,  gives you an opportunity to reset and reframe what you’re doing, and just as importantly what you are all  about. You know, you. The human at the other end of the pipe.

Pushing these buttons, together at the same time, gives you the choices:

You can’t choose all six at once. That’s far too complicated, and to be honest if you’re in a broken state, like the state I found myself in after listening to Chris, having too many choices was just a bridge too far. So I’ll leave those six choices for next time and concentrate just on the Ctrl Alt Del.

Well, they’re not full words for a start. The keyboard doesn’t allow it. They’re too big to fit on the buttons.

But they’re words for me;

Alt – Alternative – a choice to consider; a path to ponder over; a different rainbow to climb up one side and slide down the other.

Knowing the things that you can control gives you the ability to look at what the choices are and to plan your world around those choices and only those choices.

Del – Delete – cleansing, purging, reframing or prioritising the messages in the pipe. And most importantly, deliberately deleting the guilty parts in your conscience that like to turn up at 3am in the morning regarding those things in the pipe that you’ve strategically decided to ignore, avoid, and not give two cahoots about. The Del button is about letting things go.

I wish I’d thought of Ctrl Alt Del when Chris was speaking. Maybe I would’ve decided to take an early morning tea break straight after he’d told us about our fantastic Covid job. I would’ve controlled my time knowing that that was all I needed to hear from him at that time.

Maybe I would’ve considered the alternatives and decided that the muffin choices on offer at morning break were always better and more varied if you were at the front of the queue. A muffin or a pipe? What a choice!

Maybe I would’ve deleted my guilt of not staying for the whole of Chris’ message, knowing that my well being was at stake if I remained.

Next time I write I’ll discuss the six choices that arise when you do push Ctrl Alt Del on the computer keyboard and how these too can help you in your principalship/leadership.