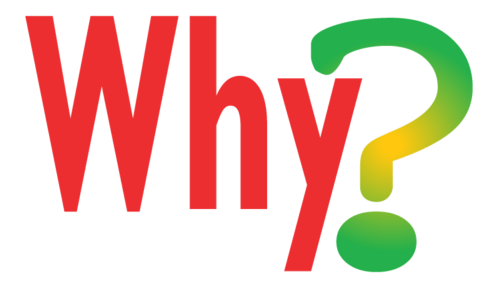 Last week David wrote a great piece on the How being as important as the What.

It’s a piece that has resonated with me a lot and is really the core of the Forty Hour Principal Project.

To put no finer point to it, it’s the HOW that makes the difference between spending a forty hour week at work or spending an eighty hour week.
Get your HOW all aligned correctly and you can say a welcome, “well hello!” to the other part of your life.

Of course, your HOW  can rightly stuff everything up though.

Case in point was a couple of days ago. On Monday, while Auckland grappled with Level 3, the rest of us woke up to Level 2. Restrictions at Level 2 are nothing like Level 3. I arrived at school nice and early at 7am to get things in place. I helped the Caretaker organise the hand washing stations and get the registration forms all sorted. I wrote a memo to all staff. And I promptly forgot to look at the Level 2 Plan that we had, and promptly forgot to make sure it was under the noses of everyone in the school.

Thinking my HOW was all organised, including a healthy assumption that common sense would prevail for anything else, I left the school at 10am and headed to a Kahui Ako course.

When I arrived back at school at 2:30pm there were agitated people. Their agitation, on the face of it, was pretty low level for me. I didn’t feel it to be the problem they did – was PMP going ahead in Level 2?, were Parent Helpers allowed in the school during the reading programme in Level 2? and were we meant to be taking our 5 and 6 year olds out to the gate at 2:55pm under Level 2?.

For some though it wasn’t. They wanted to do a great job, and lack of information made them feel just a little crap. Their HOW was to let me know that!

My HOW had let them down. And so I now had to rewrite my next HOW to make sure that things didn’t happen this way next time we head into Level 2. Simple Communication 101.

I’m not going to spend a lot of time beating myself up about this, but communication in things like heading into Level 2 are pretty important. Next time I’ll make sure our plan is printed off for everyone to see and I won’t leave it sitting in the Google Drive hoping someone will remember it’s there.

HOW we do things, obviously is key. Of course we could probably spend all year adding little bits and pieces to this thought. I mean isn’t WHO and WHEN also important. Well, yes, but arguably they’re linked to your HOW.

However, one word that sits a little to the left though, (or right dependent on which way you’re facing!) is WHY.

WHY it has to happen is something again, especially WHY does it have to be you?

As principals and leaders we find ourselves doing a whole heap of stuff that simply isn’t our core business. We don’t ask often enough, WHY is this my job? WHY is this my rodeo?

In particular I’m thinking of those times when colleagues and staff members decide that a problem they have is a problem that you need to solve. So, maybe, after the What, there’s a brief period of time when we should pause and reflect WHY.

For a lot of the time we are duped into doing something by our own mind. Dr. Libby Weaver affectionately calls this “The Invisible Load”. We do things because we perceive that it is expected of us, or we are guilt tripped into it, or that others will think badly of us if we don’t do it the way they want it to be done. Our Invisible Load stops us from asking the WHY question completely.

Of course once the WHY is all sorted, you can jump into the HOW, feet first.

In my situation it really was my problem. I am the leader of the school, and so I needed to front up and say whoops I got this wrong and it won’t happen this way next time. Next time my WHY will be simple, not my issue to sort out, because everyone will have the plan in front of them and everyone will already be prepared.