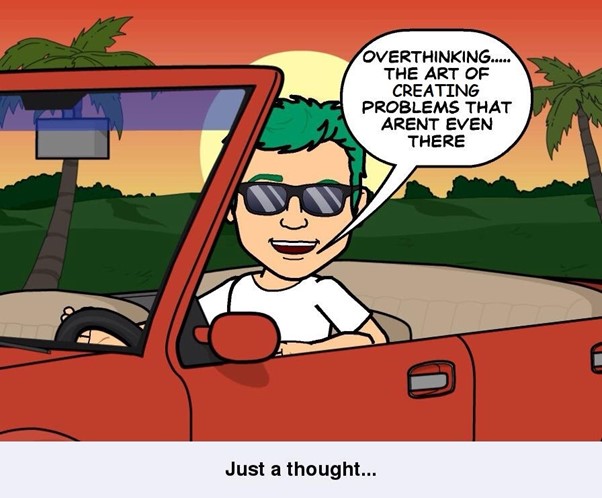 We’re now well and truly into the busyness of Term. We’ve got seven weeks under our belts, and if you haven’t already hit the “rocky times” of the Term, then chances are you’re about to.

“Rocky times” tend to arrive when people are tired. Patience flows out the door like the outgoing tide, and with it often goes empathy, understanding, and the ability to calm down!

It seems a perfect time then to keep things simple. Instead of speeding things up, we’d advise to slow things down. Don’t look to over complicate things because at this time of Term that often results in creating problems that aren’t even there!

For many, many years I played hockey. I started playing when I was 7 on the back field of Redcliffs school in Christchurch, on what is now the old site. And I stopped playing when I was about 44. That’s a lot of running around a field after a little white ball. There were many times when I tried to over complicate what is essentially a simple game. I did get to play some pretty big games and I represented my province, but I can only remember a couple of times when I had the game just right.

Both of these times were like slow motion; I remember intercepting a pass at half way, dribbling left past a player, and then back right again through another player. Each opposition member came to me eerily in slow motion and I found myself in that zone that you hear the top sportspeople get themselves into. Suddenly I was at the top of the goal circle and with one person to beat I launched into a shot that went high into the right hand corner of the goal. I never scored goals. But here I was scoring. Yay!

I should’ve retired there and then! I tried many times to replicate this, but invariably I’d get too excited as soon as I got the ball and then fudge the ball over the sideline or get tackled by some monster in front of me. I began to over think what I’d done to actually get that goal.

Over time, after I retired from that particular type of game, I began to see my “slow motion” revelation for what it actually was. For some reason, in those twenty seconds of glory, I was able to slow everything down around me and I took one thing at a time. I knew there was the goal in front of me, and that I wanted to score a goal, but I didn’t allow that to get in the way of seeing what was coming up in terms of the next step. (Note I didn’t say next steps plural.) And so I took one tackle at a time, and gave it the skill and patience that it needed for me to get past that particular point before moving onto the next.

I do that now in the band that I play in when we’re performing. Just one chord at a time, without getting too far ahead of myself – because if I do, then invariably I end up hitting an A instead of a C.

And because I’m doing this, sometimes (just sometimes) I get to float into a place in the band where it’s like I’m actually listening to another band, and not playing in one. Spooky!

So this is what we suggest for this time of Term. Slow things down. Don’t over complicate what you’re doing or what you’re hoping to achieve. Yes, there is an end goal, but your method of getting there could well change depending on what you are doing now, so spend time on that. Take one tackle at a time.

I used to think I was a master of multi-tasking and that speed and stealth was the answer to everything. And to be honest, sometimes, it is. But at this time of Term, when everyone is tired, slow it all down, don’t over complicate, or over think it. Take one tackle at a time, and keep things simple.