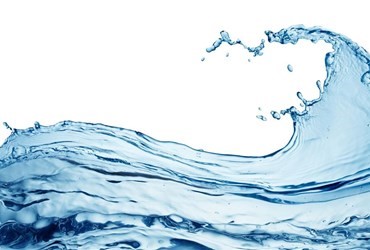 It’s Board meeting week. To be honest, it’s probably been Board meeting fortnight. The work before the Board meeting always takes up a lot of time. And energy. There are reports to write, documents to put together, and people to communicate with. (I always wonder about the inordinate amount of time that we put into preparing written documents that in all effect will only be read once – but that’s another issue altogether).

The lead up to a Board meeting is always pretty frenetic. It’s busy. You’re cramming your daily routine (if you can call it that) with the pressure of having to produce a written report and schooling up to be adequately prepared to answer any questions that will come your way on the night.

The Board meeting itself is pretty intense as well. If your meetings are anything like mine, you’ll spend the majority of the time doing the talking, doing the explaining, guiding and supporting. This isn’t a criticism of my Board, or anyone’s really, it’s just a fact of life. At a Board meeting, if anyone is under pressure, it will be you – the principal. It doesn’t matter how long the Board meeting is, the pressure on you can be intense. And with that intensity, the aftermath can be lethargy inducing.

I find the days after Board meetings to be a mixture of tiredness and relief. Especially the day after. The monthly (or six weekly) accountability cycle has grown like the crest of a wave, and exhausted itself on the shore. Ebbs and flows.

This is where our 40 hour principal principle plays its’ hand nicely. In working towards the meeting, and of course the meeting itself, you’ve likely done some “extended hours” to put it nicely. And rightly so, it’s important to be adequately prepared. But that day or two after the meeting you need to take stock and look after yourself.

As David outlined last week, make sure you batch some hours the morning after your Board meeting. Use this time to catch up with any residual outcomes of the meeting the night before. Deal with it as quickly as you can within the uninterrupted confines of the batching principle!

I’ve known principals who would go to their Board meetings, finish up at 10pm, and then continue into the night at school, driving home at 1pm, after dealing with the Board aftermath. I don’t recommend this. I’ve gotten by just fine over the last 25 years by not going to this extent. You don’t have to either.

Instead, shut yourself away in your office the next day and get it done.

Once this is over you have two options. I’ve seen Principals go both ways.

I have been in both camps before. To be honest I find the allurement of “getting in front of the game” tempting. A bit like a shiny button, the possibility of getting ahead looks attractive. But like a shiny button, in reality getting ahead is purely functional, it helps you for a little while, but just like an ordinary button it too can fall off, and be tainted by the reality of school life. I’ve seldom been able to get ahead straight after a board meeting. And if I have, the experience has been fleeting and at the expense of my own well-being. My well-being has suffered, I’ve become tired and flat, and ill equipped to cope with the next wave. By trying to get in front of the game I’ve ended up behind.

Better to opt for the second option. I’m not advocating going AWOL for a week. Just make the deliberate choice to leave school at 3:30pm.

Put this in your diary. Take deliberate action to leave the school grounds early.  Use this time to recharge, to clear your head. And do this without guilt, in the knowledge that you are using the natural cycle of the job to ready yourself for the next wave.

Why stop at Board meeting week? There are plenty of other times throughout the year when it’s absolutely fine to run the same strategy. What about those big events such as school fairs, matariki evenings, parent/teacher interviews, school concerts, or school disco dj-ing duties. If these events have taken a lot of your time and energy and you feel that you need some time to recover, then take it.

So diary that time in now. Consider even doing it for the next two days after a busy event, or choosing to start school later in the morning. But do it guilt free in the knowledge that you are doing it for both you and the school. A recovered principal is much more useful to your school than a stuffed one!