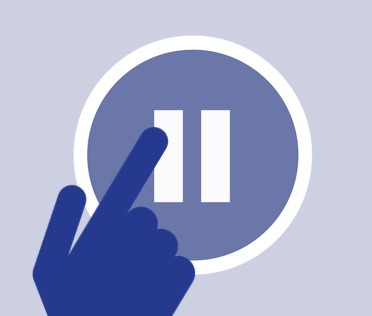 Emotions are there to help us understand the stuff we’re going through. But it’s not always helpful.

Emotions also help us convey to others what we are feeling. Jacinda Ardern being labeled by the Press as being “angry” about those not sticking to COVID-19 restriction expectations is a classic recent example.

Who knows if she is angry or frustrated, bemused, or simply pissed off, but the use of the word angry lets everyone else in on the “secret” of how she is feeling. And of the message that she wants to convey.

In this case it’s used as a warning, and quite possibly, a weapon.

There’s nothing really quite as easy and complicated as emotions. Easy because everyone has them. Complicated because no one really knows what everyone else is feeling.

Often we think we know, and often it is assumed that we know.

Humans are notoriously bad at interpreting what their own emotions actually are let alone anybody else’s. No wonder, researchers have identified up to 27 different kinds of emotions. You’ve got to quietly wonder if the world was a simpler place when, in the past, researchers suggested there were only 6.

This makes our role in Principalship and Leadership very tricky. We are expected to be experts in knowing what people are feeling and at the same time being able to suppress our own.

The first of these is a completely unreasonable expectation and we spend way too long spending energy on it. It comes well and truly in the “worry only about things that you have control over” camp of thought.

And the second, well, how healthy is it really suppressing your feelings over a long period of time?

Imagine in a school setting, for example my school. There are 360 students, and 40 adults running around on any given day. That’s 400 people within the confines of the school gates all running through 27 researched emotions every second of the day. As Principal you are essentially overseeing a mass of emotions. No wonder some days you’ve felt that you haven’t gotten it anywhere near right!

Of course the ability for you to have control over any one of those emotions that others have is highly debatable and negated by many other factors both externally and internally. And the extent to which these emotions are shown in behaviour also changes from person to person and situation to situation. Some seem to jump to extreme behaviours at the drop of a hat. Others face the same situation and you have to wonder if they’ve even got a pulse, let alone care.

In our language we talk about the two terms, emotions and feelings. So what’s the difference?

There definitely is a difference. I googled it and found a heap of useful references.  The one that I liked, from www.6seconds.org states the following;

“The short answer is: Time. Emotions come first, then feelings come after as the emotion chemicals go to work in our bodies. Then moods develop from a combination of feelings.

Emotions are chemicals released in response to our interpretation of a specific trigger.  It takes our brains about 1/4 second to identify the trigger, and about another 1/4 second to produce the chemicals.  By the way, emotion chemicals are released throughout our bodies, not just in our brains, and they form a kind of feedback loop between our brains & bodies. They last for about six seconds – hence the name of our organization.

Feelings happen as we begin to integrate the emotion, to think about it, to “let it soak in.”  In English, we use “feel” for both physical and emotional sensation — we can say we physically feel cold, but we can also emotionally feel cold.  This is a clue to the meaning of “feeling,” it’s something we sense.  Feelings are more “cognitively saturated” as the emotion chemicals are processed in our brains & bodies. Feelings are often fueled by a mix of emotions, and last for longer than emotions.”

I like this because it helps me understand a process that I have been working on recently.

It’s quite simple, and it might sound just a little odd. It has a technical name that at the time of writing completely eludes me – sometimes we don’t need to know the official name, but the strategy is currently working for me.

It runs a bit like this. When I have an emotion I also have a sensation. That’s normal, and that’s what I understand to be the emotion chemicals being released in my body. I guess in many ways it’s your body saying, WARNING WARNING!

This is where I PAUSE. And I go searching just for that sensation, and I let myself feel it as it waves through my body. For me it feels like it starts in my head and then builds up in my shoulders and down through my body (for some strange reason I also feel it in my ears!). I told you this was a bit weird! The key is just to concentrate on that physical feeling; on that wave. Actually feel the sensation.

I didn’t know that these waves lasted for about 6 seconds as the website says, but if I timed it then that would be about right. So, PAUSE and feel that wave. Don’t give it a feeling name like anger or frustration or one of the other countless names. When you name it you’re just giving it a language term for you to understand and then that takes you on a completely different tangent. If the wave starts again, roll with it and just concentrate on feeling that. This might happen once, or it might happen multiple times. But the key is not to name it, just physically feel it.

I used to get these waves a lot on a Sunday evening before the week was about to start, or before an important staff meeting. And to be honest, I still do, but I’ve been able to lesson the intensity of the waves over time. This has helped me pinpoint what is actually bugging me.

And then I BREATH. Deep deep breaths, and hold them in. (Don’t forget to exhale, or you might have another problem on your hands, lol)

Now I identify the emotion or the feeling. It might not actually be the anger that you originally thought it was.

And then I SMILE. The smile at the end is important. You’re telling yourself you’ve got this.

You can’t do this for everyone else in your school, and let’s be honest, many will think you’re a weirdo for even mentioning it, but you can do it for yourself.

However, this gives you time to think a bit more rationally and logically before deciding what to do next.

It’s your emotions and feelings that give you the impetus to do something. You may still feel angry, but take time to consider how angry you are and what’s the best way for everyone around you for you to show or share that you feel angry?

This article isn’t about suppressing your feelings. It’s far from that. You can’t beat biology! It’s the same with positive feelings as well. Take time to enjoy the feeling and sensation when you’ve got those positive emotions running as well.

What I’m saying is if you give yourself a little time PAUSE BREATHE SMILE before letting your next step be dominated by a feeling or emotion then maybe, just maybe you’ll be able to save yourself the stress of dealing with extreme behaviours, especially if they’re yours!